Once, high on a golden hill, lived the littlest fir tree. His older brothers and sisters often sent him special gifts: a spider trailing on a silken thread, milkweed spores drifting on a summer breeze, soft pollen that painted him yellow. These presents made the small fir tree tremble with joy. But when the spider lifted away, the downy milkweed fluttered to the field, and the wind dusted off the pollen, the little fir tree felt lonelier than ever.

In the Spring, a wren chose to nest in the fir tree. Mornings, the baby birds chortled as their mother searched for grubs and worms. One afternoon, as the littlest fir tree and the baby wrens drowsed in the wan sun, the wren squawked loudly, rousting her family from the tree. A man and a boy, both clad in overalls, walked through the orchard, throwing fertilizer around the trees.

“There, there.” The boy tossed pellets under the littlest fir tree’s boughs. “Grow strong and green.” He squinted up at the nest perched in the littlest tree, his Red Sox cap on backwards. His fingers stroked the needles and the tree shivered.

That summer, the wind smelled of sweet hay. Buzzing bees filled the air with song. The farmer and his son came to the hill almost every day, watering the trees when the sun withered their needles. The boy panted and groaned as he hauled the full pails up the hill, but he always watered the littlest fir tree. After, he collapsed in the cool shade cast by the fir tree and made up stories about the puffy cloud creatures scudding across the sky.

“This won’t hurt,” the boy said. He didn’t wear a cap, and the sun shone on his shiny head. “See, I don’t have my hair anymore, either.”

And it didn’t, the tool tickled. The fir tree shivered with delight.

The leaves of the forest maples flamed red. Shadows stretched long across the meadow. The boy didn’t come to the orchard very often, and when he did, his father often carried him to  the littlest fir tree, and the boy slept in the warm autumn sun.

On the first hard frost, the hill sparkled with diamonds. The man walked the orchard alone, pulling long red and white and yellow ribbons from a leather bag slung over his shoulder. He tied a ribbon on each tree and the ribbons fluttered like flags in the brisk wind. The littlest fir tree wondered what color ribbon the farmer would tie on him. But when the man reached the hilltop, he paused before the littlest tree and sighed a deep sigh, then walked back down the hill.

The sun dropped behind the forest ridge. The fir tree shivered, sending needles to the ground.

The first flakes of snow fell. The ground rumbled. Cars and trucks filled the bottom field. Shouts of children filled the air.

The children swarmed around the small fir tree, sometimes even saying “This one!”

But the fathers said, “This tree is too puny. Besides, it has no ribbon,” and strode past, saws and axes thrown over their shoulders. The littlest fir tree trembled as his brothers and sisters groaned and fell to the ground.

Snow dusted the stump-stubbled hill. Without the protection of his family, the northeast gusted hard and cold, coating the trembling fir tree in ice. The mockingbird trilled as the wagon, pulled by the man, bumped and creaked up the hill. When the man reached the top, he pulled off his wool hat and wiped his sweat-shined forehead. In the wagon, the bundle of blankets moved; the small boy, pale and drawn, poked out his head. He smiled at the littlest tree, but the smile seemed as big an effort as lugging pails of water.

The little boy nodded and closed his eyes. The man gazed at the boy for a long moment, then turned away, a tear frozen on his cheek.

The fir tree looked down the hill at the stumps of his family one last time. Then he pulled his limbs tight and waited for the ax’s blow. But the man plunged a shovel into the frozen earth. He chipped a circle, deeper and deeper, around the tree, loosening the dirt around the fir tree’s roots.

The man pulled the tree tight to his chest; more than anything, the littlest tree wanted to stay in his embrace. But the man tugged hard, yanking the tree from the cold ground. The boy clapped his hands, his laugh sounded like birdsong.

“Your little tree will grow strong in the front yard,” the man said. “There, we can see him from the kitchen.”

“And I can visit him in the spring?” the boy whispered.

I wish you health

I wish you joy

I wish you peace… 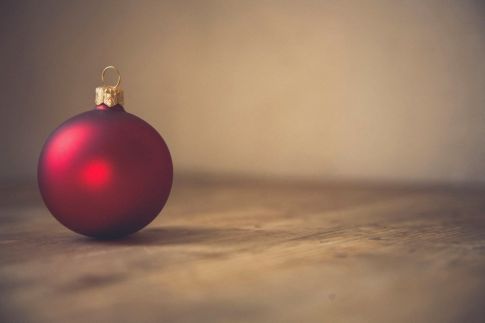 At the risk of sounding Scrooge-like, I contend the holiday lights and deep-discount sales and piped-in Bing Crosby carols that commence with an onslaught the day after Halloween serve as distractions for what is, without doubt, the least wonderful time of the year.

Everywhere, it seems, there is forced cheer, a rush to celebrate–what exactly?

Beyond the crass commercialism of the season, I think the glittery expectations mask something deeper. It wasn’t until half-way through Three Billboards outside Ebbing, Missouri that it came to me—grief. This movie, phenomenally acted and filmed, is a study in grief and futility, of the ends people take to alleviate despair. It’s a brave film because it lays naked the sadness and anger and fear we, as a society, fear to show and name.

My grief becomes manifest when the days shorten and the temperatures dip. In the past, I’ve written how I welcome winter as a time to turn inward. But this year, things feel darker. Perhaps it is the accumulated memories of relatives, including my grandparents and father, who died this time of year. (My father’s death anniversary is a full moon that throws me in a deep, irritable funk). Perhaps it is the realization this is likely my mother’s last Christmas. Perhaps it is the haunting of a friend’s teenage daughter who took her own life last month. Perhaps it is the rapid dismantling of our country’s values on a nearly daily basis. Perhaps it is all of the above, and then some.

There are inklings others feel the same—it seems there are more face book posts with suicide hotline numbers, more food and clothing drives for those less fortunate. A grief akin to tenderness. All I know is I feel alone, which makes me feel small and vulnerable and lost. But rather than deny this discomfort, perhaps it is best to embrace these uncomfortable feelings and howl my grief for all I have lost and all I will never have.

And then, when I’m done blubbering, I will be able, again, to pound out dough and unreel wrapping paper and smile like I mean it. Because I will.

Tell me, how are you handling these days?

After many years of grief and, yes, trauma, this last year has been a reservoir of peace, and for this, I am thankful. Perhaps the peace come from my attitude, newly grown from meditation and increasing age. Maybe it is the vantage point of seeing things in the long run and being able to put ‘stuff’ in context. Maybe it’s finding this strange energy that fuels me to build on the small moments: a mug of coffee on my winter deck, a view of Baltimore from the top of Federal Hill, watching my daughter hug her friend. Or maybe it’s the way my puppy snuggles back-to-back when we sleep. Maybe it’s the calming down of heart and mind to find a silent few minutes to write at my desk, the sun slanting in to greet my words as they birth.

I don’t know. I just feel peace and, yes, some joy, and damn it, I am going to hang on to these feelings as long as I can.

So today, I will keep singing as I make my pies and cranberry relish, as the turkey starts smelling up the house, making my animals circle around my legs, whining.

So before I open my emails, before I read the news and see what destructions have spattered people and places, before I open facebook and twitter and my forums to find personal tragedies revealed, I will keep this intention:

For the small moments.

This is the new home for leftbrainwrite, the blog I’ve carried around off and on for over a decade. But things change, and as my world and the words i wish to describe it changes, I decided to start with new white pages. Feel free to peruse my old words, then drop in here to read the new stuff. Peace… 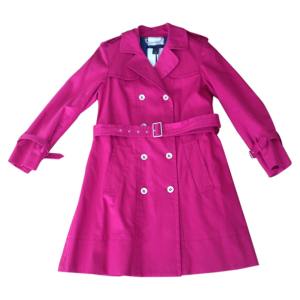 Every now and then an angel visits me and reminds me to be kinder. Monday morning arrives. Not any Monday morning but the Monday morning after the end of daylight savings, which means the congratulatory, almost giddy relief of an extra hour of sleep has worn off. I wake cranky and brain-fogged yet fully aware I have a too-full day yawning before me. The metro arrives, I find a seat by myself, and we pull away from the station. After two weeks of ‘single-tracking’, which means hour-plus commutes and crowded trains, this fact equates to a small miracle. The car is quiet, everyone on their phones or in their books, and the sky is lighter than before.

We go underground. After we pause at the first station, a loud slapping noise. A woman holding open the train door. This action: 1) makes a lot of noise; 2) delays the train; and 3) sometimes disables the car, which means everyone disembarks and waits forever until the train is manually pulled away and a new train arrives. We all yell at this woman keeping the door open. The conductor yells at her. And then another woman slowly makes her way down the escalator and into the car.

“I’m sorry,” she says to everyone in the car, and settles somewhere behind me. I’m irritable now, and can’t concentrate on the paper I’m reading so I play an idiotic game on my phone. Two stops later, someone settles beside me.

I look up. It’s the woman who came late into the car.

“For making room for me.”

I wonder if she means room on the seat, or room in the car, or something larger, more metaphorical.

We talk. She has a cane. She’s afraid of falling because she’s nauseous all the time. “It’s the medicines,” she says.

I take in her short-to-the-skull hair, the fact her stop is Hopkins, and I nod. “Cancer’s a bitch,” I say. She nods. Cancer is a bitch—and a bastard—and I tell her about my dad, and she tells me about her next and final round of chemo.

My stop comes before hers. Trudging up the stairs at Lexington Market, I feel lighter. In these days of never-ending shootings and natural disasters and idiocies perpetrated by those in power, sometimes I forget that what might appear as a selfish gesture (one woman delaying a train by holding a door) may actually be an act of goodness. That my quick move to judgement may be wrong, and such inaccuracy contributes to the weariness and despair so much of us feel. The rest of the day I felt a tenderness toward everyone, a feeling that, in turn, made me more tender and open to the moment, and accepting it for what it is and not what it might be.

***
Welcome to my new digs. Come in, have a seat, share what’s happening in your writing, work, and personal lives. I’ll be hanging here for a while, and welcome any suggestions on how to better decorate. Peace…

I write stories and poems and essays!

I have a new short story up at The Remembered Arts Journal: Capacity for Wonder. I hope you enjoy my homage to my father.